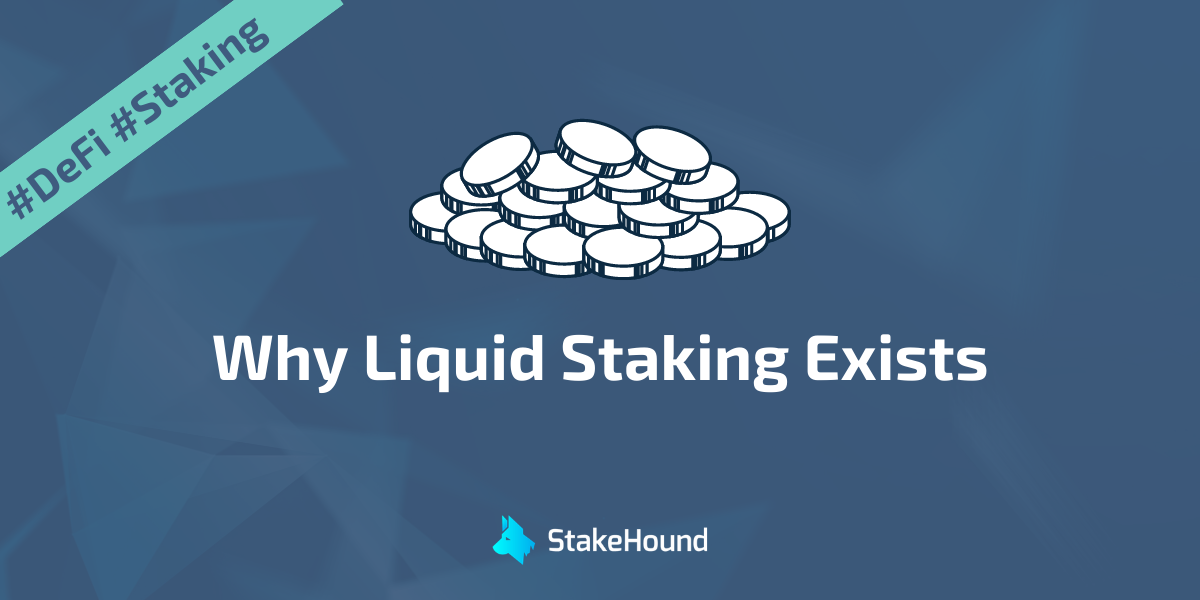 As the launch of Ethereum 2.0 approaches, most users are faced with a serious question: should I stake or not? While staking has its advantages, including gaining continuous yields, users must be aware of all the risks associated with staking. One major drawback you should be mindful of is the lock-up period of 18 months, which renders your ETH essentially illiquid. This means you won’t be able to use the staked funds for other investments or participate in decentralized finance (DeFi) applications.

But don’t fret. While it seems like staking has more cons than pros, there is another way for users to participate in Ethereum 2.0 without losing liquidity: Liquid staking. This way allows you to keep full control of your funds. Simply put, liquid staking is a new method where users can stake their tokens, earn passive income while staying liquid. This article will explore everything about this new method and how it can benefit you in Ethereum 2.0 staking.

The Origin of Mining (Proof-of-Work)

When Bitcoin was first created, Satoshi Nakamoto had to find a way for transactions to be verified without using a third party or intermediary. He achieved this by developing the Proof-of-Work (PoW) system, the original consensus algorithm on the blockchain network. This mechanism is used to confirm transactions and produce new blocks to the chain.

However, confirming transactions and arranging blocks should be done with care. This responsibility bears on particular nodes called miners, using a process called mining. While PoW is a widely popular concept used by many blockchains, it requires significant amounts of electricity. Only a limited number of transactions can be processed at the same time. This is why a new consensus algorithm was developed.

The Rise of Staking (Proof-of-Stake)

Proof-of-Stake (PoS) was first introduced in 2012 intended to solve Bitcoin’s mining high-energy consumption problem. Its concept states that anyone can mine or validate block transactions depending on how many coins they hold. It also rewards users for collateralizing or pooling native cryptocurrency and locking it to form a weighted consensus on a blockchain. Compared to PoW algorithms, PoS is energy-saving and more rewarding to long term holders.

PoS also offers a governance structure for users who stake on the network. Token holders can vote in decisions such as network upgrades, emissions adjustments, and other changes that were once restricted only to the closed development team. But users participating in PoS are locked into contracts for a predetermined amount of time. In many schemes, users who withdraw their funds early will receive a penalty, along with a waiting period before assets arrive in their wallets.

Thankfully, there’s an alternative way for users to participate in PoS algorithms without all the downside that comes with it.

The Age of Liquid Staking and DeFi (Decentralized Finance)

Staking is a popular option for blockchain users to earn passive income. But this comes with many restrictions, such as having funds locked up for a certain amount of time. This can create opportunity loss as these funds cannot be used for other purposes such as trading or investing in DeFi products and services. This is the same issue users face now when participating in the long-anticipated switch of Ethereum 2.0 from PoW to PoS.

Here is where Liquid Staking by StakeHound, comes into the picture as an innovative way to participate in the PoS algorithm. So how does liquid staking work, and what are the benefits of liquid staking for the user?

Instead of locking up your funds to ETH 2.0, you send these tokens to StakeHound. Once StakeHound receives your asset, they create a copy, called stETH, which is simply a wrapped asset representing the original. It has the same underlying value. While StakeHound stakes the original asset via a custody partner in the original Ethereum 2.0 contract, users are freely operating with its wrapped version. Once you receive the wrapped or stETH, you can freely do whatever you want with it while getting the rewards without any lock-up.

Participate in DeFi, collateralize your asset, or even trade it against other tokens on different exchanges such as Uniswap. And the best of all, earn staking rewards while freely using your token elsewhere. Get the most out of liquid staking, an innovative solution to the current challenges PoS is facing.

Participation in the PoS algorithm has its advantages, but the downsides such as illiquidity of assets can scare away potential investors. Rising in popularity, liquid staking allows users to get all the staking benefits without any of its restrictions. Through tokenized stake, users can now freely access DeFi and manage their positions in a more flexible and non-custodial manner earning from both staking and DeFi. This opens up opportunities for investments and gives you back the control over your fund as they always remain liquid.